Epic Surf Breaks of the World by Lonely Planet 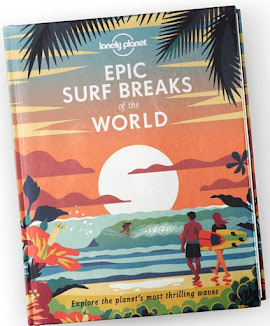 Explore the world’s most thrilling waves with Epic Surf Breaks of the World. From Namibia’s wind-swept Skeleton Bay to Java’s G-Land, discover the best place to ‘hang ten’, whatever your surfing ability.

Accompanied by a series of stunning photographs, maps and beautiful illustrations as well as first-person stories from surf writers all across the globe, including Pulitzer Prize winner William Finnegan, this is the quintessential guide for surfers looking for their next epic break.

With 200 destinations, from Australia’s Bells Beach to the coral-flecked islands of the Maldives, you’re sure to find your perfect break in this 328-page, hardcover book. Plus, Lonely Planet take you to some of the most adrenaline-pumping breaks in the world, including Tahiti’s Teahupoo and Mexico’s Puerto Escondido, accessible beach breaks in France and California, as well as easier options for beginners, such as Taghazout in Morocco, meaning all abilities are catered for. The book covers the planet’s newest hotspots, such as Bundoran in Ireland and Tasmania, where world-class waves now lure surfers from all across the globe.

This detailed book is split into easy-to-read sections:

Explore the planet's most thrilling waves.